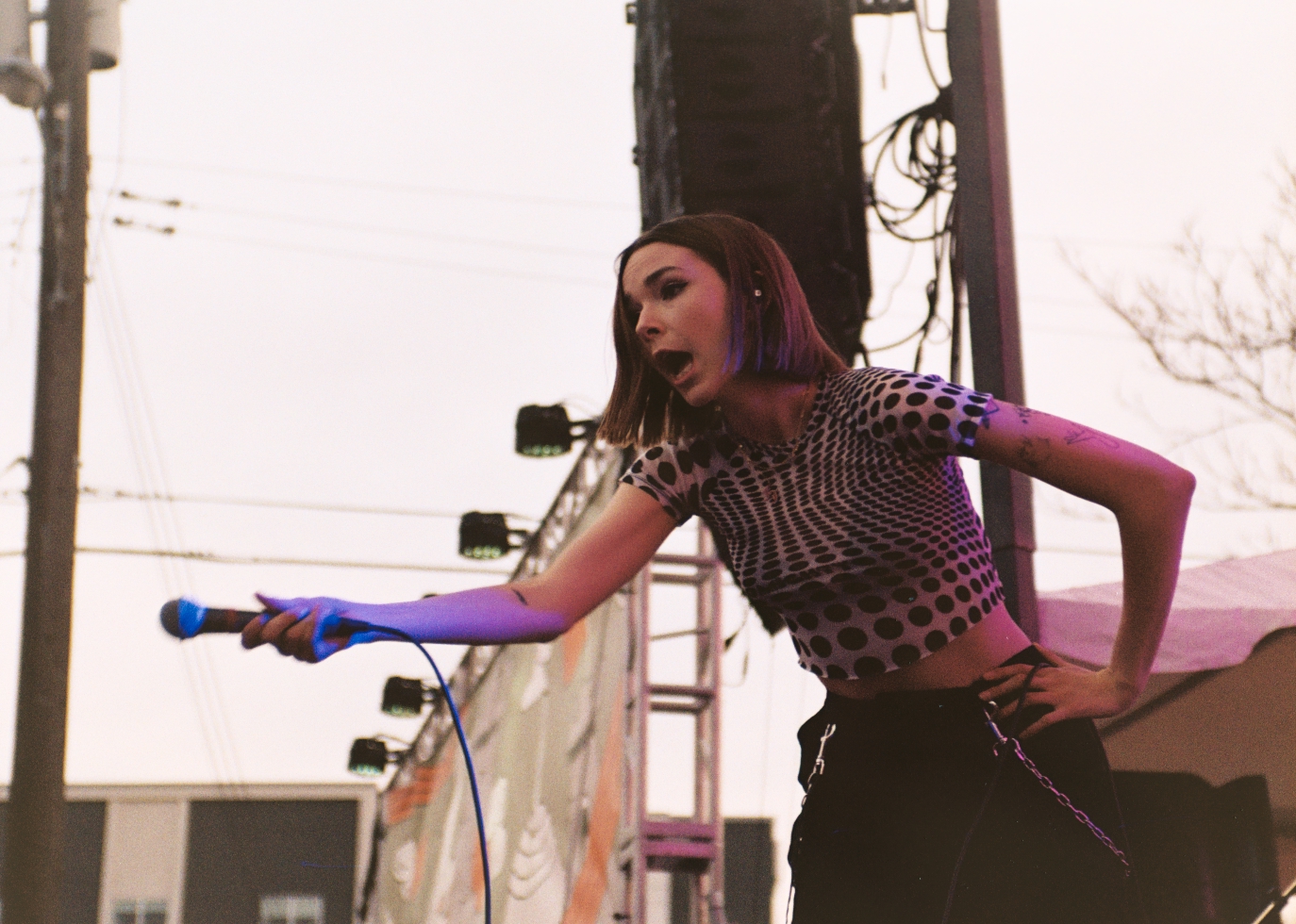 I was so thrilled to see The Regrettes live at Treefort this last March! At the main stage, this exciting young band brought their A game: lively attitudes, quirky dance moves, and great music. The main vocalist, Lydia Night was skipping across the stage and bouncing like a rabbit. She said that if we didn’t mosh, dance, and sing along, we’d be the worst audience she’d ever performed for. If we gave it our all, the band would give it back in full. I can say with certainty that each of us met the challenge. The head banging, jumping around, and even slow dancing. During the mosh there were even some lost keys and phones. It was that wild.

The crowd was uncontrollable, but so was the band. Lydia Night was an absolute spectacle to watch. She really brought the show to life. But who can forget the incredible performances from Genessa, Brooke, and Drew.

The best part of the whole night was when the band did a cover of Girlfriend by Avril Lavigne. After the concert I looked to see if they had a recorded version of the song on Spotify. Unfortunately, they did not, but it made it all the more special to hear it live. I was engaged and went a little wild because I sang terribly loud and bad along to the new release “That’s What Makes Me Love You,” off their upcoming album Further Joy. Which is now out! It’s super awesome so stream it!